The Minimus stories revolve around a Latin mouse and his family, and are based on a real Roman family who lived at Vindolanda, a Roman fort near Hadrian’s Wall, at the beginning of the 2nd century AD.

Much of what we know about this family comes from the Vindolanda Writing Tablets, which were voted ‘Britain’s Top Treasure’ by experts from the British Museum. Examples of the tablets can now be seen at the recently refurbished Chesterholm Museum at Vindolanda. Catherine’s Minimus courses include a guided tour of the fort and museum, allowing you to see the Tablets for yourself.

‘Minimus has introduced thousands of children to one of the great treasures of the British Museum. The delicate Vindolanda letters paint a vivid picture of everyday life in Roman Britain, describing everything from birthday parties to knitted socks. Minimus takes this enthralling material and uses it well, bringing Latin and Roman Britain to life for its readers.’

‘Minimus flies off the Vindolanda Museum bookshelves, as devotees indulge in the joyous adventures of this endearing Latin mouse. This is a wonderful way to introduce the Latin language to young (and older) people, and it remains a firm favourite with children and parents alike.’

‘When you finish the lesson, Minimus makes you want to stay there forever.’

Tweet
mus uni non fidit antro...
...a mouse does not rely on just one hole 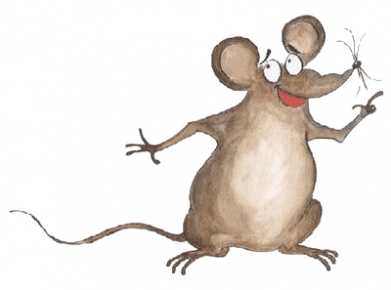