This special tour of Vindolanda and the Roman Army Museum takes the Minimus stories as its reference point. Catherine will relate what you see around you to the events and stories in the books.

The day begins at the fort at Vindolanda. Here you will see where the first Vindolanda Tablets were discovered, as well as the area where the Fort Commander, Flavius Cerialis, and his family lived.

Catherine will also guide you around the village, the bath houses and the later stone fort, relating each area to the Minimus stories, and to Roman military and civilian life.

After exploring the fort, you will move on to the magnificent Chesterholm Museum, which was subject to a multi-million pound refurbishment in 2011. Here, Catherine will introduce and describe artefacts on display that were once owned by Flavius and his family.

After lunch, there is an opportunity to see the whole site of Vindolanda from Barcombe Hill.

The visit to Vindolanda is followed by a trip to its sister site, the Roman Army Museum, which was also extensively refurbished in 2011. Here you will have the opportunity to see the award-winning 3D film ‘Edge of Empire – The Eagle’s Eye’, which gives an insight into what life was like for a Roman soldier on Hadrian’s Wall.

In addition to this combined site visit, a half-day Minimus tour of Vindolanda is also available.

Tweet
ubi bene, ibi patria...
...where you feel good, there is your home 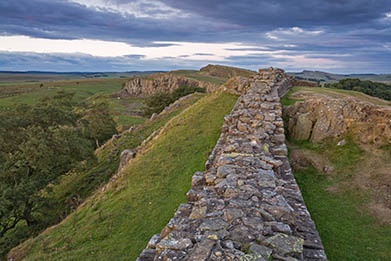