The Roman Army Museum stands very near to Walltown Crags, one of the most impressive sections of Hadrian’s Wall. Extensively refurbished in 2011, it offers three atmospheric galleries that give the visitor a unique view of life in Roman Britain and the Roman Army.

Catherine offers a tour of the Roman Army Museum as part of a one day tour which also takes in Vindolanda or Housesteads. The Museum includes:

• A gallery devoted to the role of the Army in the Roman Empire, including artefacts from Vindolanda, most notably the only Roman helmet crest ever to be discovered;

• Information about Hadrian’s Wall, and about the Emperor Hadrian himself;

• Displays on daily life in the Roman Army;

Duration:  One day (combined with Vindolanda or

Reductions for groups of three or more

This price includes return transport from your accommodation, or a local railway station or bus stop, admission to each site, refreshments (including lunch) and a guide book per adult. 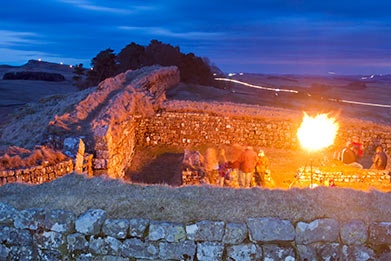