The Vindolanda Tablets are the oldest surviving handwritten documents in Britain.

The first of the tablets was unearthed in 1973. It had been preserved thanks to the waterlogged conditions in the rubbish deposits in and around the Commanding Officer’s house. Hundreds more tablets have been discovered since then.

The tablets are made of very thin slices of wood, written on with carbon ink and quill-type pens. The excavated tablets are extremely fragile and require a carefully controlled environment for their preservation.

Most of the tablets are official military documents relating to the auxiliary units stationed at the fort, though there are also private letters sent to or written by the serving soldiers. The content gives a fascinating insight into the workings of the Roman garrison.

One of the most famous of the tablets, and perhaps the one held in most affection, is an invitation to her birthday party, from Claudia Severa to her friend Lepidina, who features in the Minimus books. This is the earliest known example of writing in Latin by a woman.

The tablets were voted ‘Britain’s Top Treasure’ by a panel of experts at the British Museum, and a public poll, in 2003.

It is now possible to see digital versions and interpretations of the Vindolanda Tablets thanks to this comprehensive Oxford University project. They also form an important element of the Minimus Mouse books, on which Catherine bases much of her Latin teaching.

“… for the day of the celebration of my birthday, I give you a warm invitation to make sure that you come to us, to make the day more enjoyable for me by your arrival…“

Tweet
ad vitam paramus...
...we are preparing for life 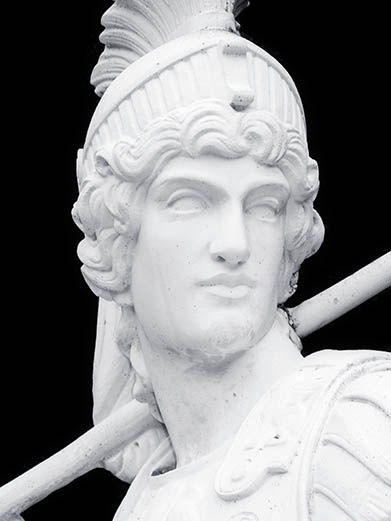